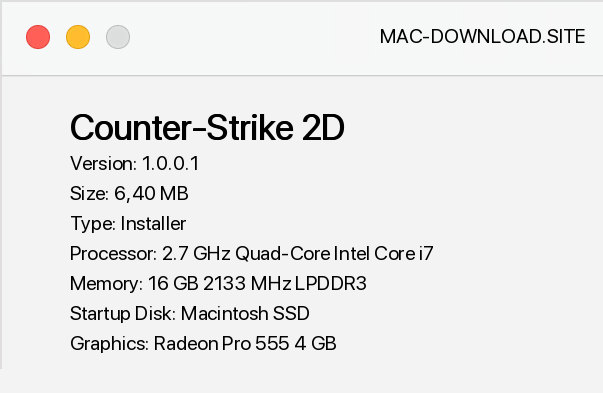 Free Counter-Strike 2D project is an attempt to move the popular FPP network shooter back to two dimensions. The assumptions of the game have not changed here, just the projection on the dynamic action has been modified. Instead of the eyes of an armed hero, all the events are now observed from a bird's eye view. Well associated maps need to be learned anew. It is possible to play online or without the Internet, i.e. with bots. The production offers standard play modes for the original, including deathmatch plus its team edition. However, he also adds a few of his own to the pot. There is fun in building, with the erection of fortifications and, of course, destruction of the enemy base, or a duel of survivors with brain-dirsty zombies. The game always remains extremely fast and beginners have to learn patience, because they will often die. In addition, there is a modified game, for example, with much more explosive grenades or a fight exclusively on knives. The game automatically updates the list of servers, downloading the latest versions of small, but necessary for online fun files, so there is always who to play with. If the original Counter-Strike has never been persuaded, it should give a chance for a 2D release.