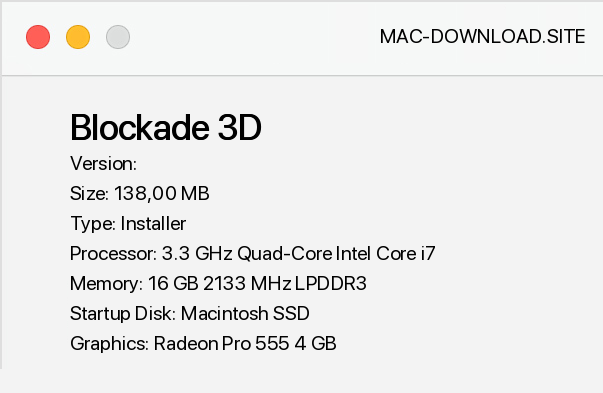 Blockade 3D game is an interesting combination of visual setting from Minecraft with the assumptions of any popular FPP shooter. In a strongly angular reality you will have to shoot here on several colourful maps, fighting for a score that grows with the next eliminated enemies. Since this constantly evolving offer is free of charge, nothing stands in the way of spending a few pleasant moments with it. The production offers a number of interesting fun modes, so everyone should find something for themselves. In addition to the standard team deathmatch or defending the base against the enemy, you will also find here the fight against zombies, battles for territory or clashes without the use of firearms. In the appropriate modes it is also possible to move vehicles, with an unsweeped tank at the forefront, and besides, there are elements of building and destruction of buildings. After all, it is in a way a Minecraft clone, only action-oriented. The system of gaining experience, which is already standard in any shooter, gives more sense to the gamer. It is possible to improve weapons, as well as change the appearance of the block character so that in clan wars the opponent remembers who he had to deal with. Naturally, this was followed by a system of micro-transactions, because for real money you can bite into the product faster. With regular effort and work there is no problem to unlock this and that. It will simply take more time than going for financial shortcuts. In order to install the game, you need to download the Steam program - a special Internet platform that allows you not only to buy and download computer games, but also to keep in touch with friends, who can, for example, be invited to play the game.